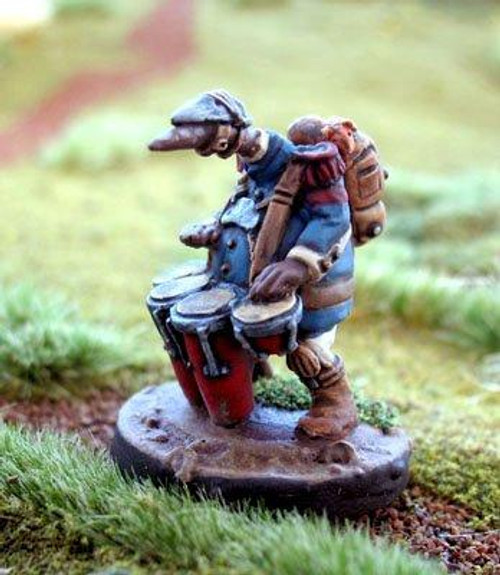 The Coftyran Crymuster has many unofficial mottos, but perhaps that most adhered to is “Waste Nothing”. Born in a small fishing village along the coast, young Jaecyn and his litter-mate Payt were nigh inseparable. Payt’s antics and the clear, resonant tones of Jaecyn’s songs were common elements of any town event, so it came as no surprise to their parents when both enlisted together and were assigned to the same weapon team, Payt as gunner and Jaecyn as loader. Milwer Mykaena was assisting his brother in defending the Wall near Wyllowbraek when an unusually well-aimed Crusader shell exploded nearby. Three quar from their weapon team were killed outright, and the young milwer was grievously wounded. Blinded and carted off the Wall with a faceful of shrapnel, no field surgeon or medic thought he would last the night, much less ever sing again. Mykaena claims that while in this state, the apparition of his long dead grandfather appeared to him and bade him carry on; that there were still quar to be inspired by his songs.
In time sight returned to one of his eyes and miraculously his singing voice was just as resonant as before, if anything maybe it carried more power, but his worth as a fighting rhyfler was gone. The Crymuster, unwilling to set aside a promising young soldier, assigned him to an infantry company and attached him to the signals group.Though Milwer Mykaena may not be able to fire a Harlech any longer, he can still lead his fellow quar and inspire them with his songs.