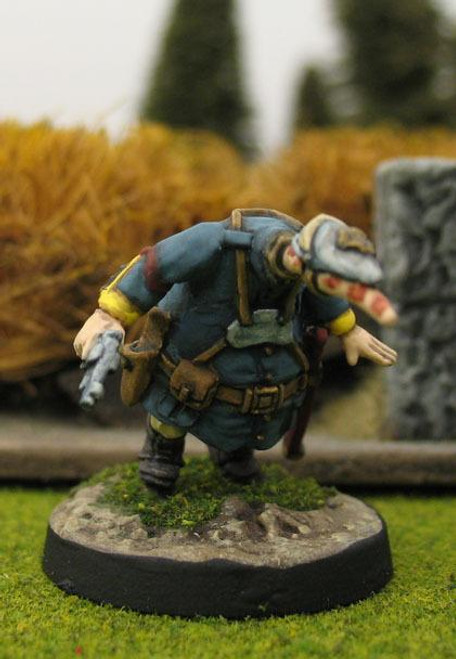 When Wilm Harl was invalided back to Coftyr after he was injured observing the Crusader assault on Maer Braech, the Wilm clan transferred his is-Caerten’s commission to young Byrq. The young man has proven the trust was not misplaced. Thoroughly devoted to the defense of Coftyr and to maintaining the honor of Coftyran arms, Wilm Byrq has earned the respect of his section and the admiration of his superiors.

The is-Caerten has a nearly eidetic memory for the complex tactical plans that Coftyran GHQ develops, and easily memorizes not only the primary plans, but each of the contingency plans as well. For this reason, Wilm is often given the honor of leading forward operations. He has no need to carry incriminating orders so praised by Crusader military intelligence!

If there is any drawback to Wilm Byrq’s ability, it is that he stands the real danger of being absorbed into a field HQ as an aide-de-camp, thus depriving the front line of a valuable and dynamic young officer.