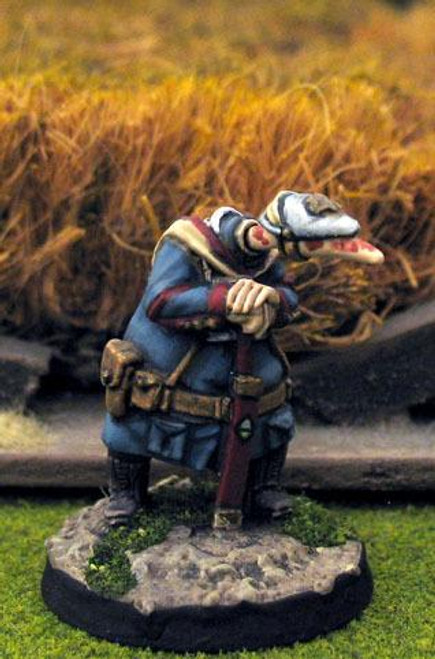 On the eve of the Battle of Gate 18, Caerten Myt Baebb of the Catrawd of the Royal Sentries composed a letter to the King’s Privy Council on War. The unusually frank letter is said to have touched the Prince Regent deeply, and it remained in his personal collection through the rest of his life. After Myt Baebb’s death, the Prince Regent sent no less than twelve of his own lifeguard to serve as pallbearers at the funeral.

A long life to you and the continued exultation of the name and reputation of your storied clans from one who serves the same cause as your eminences,

I cannot too insistently impress upon Your Graces the sacrifices made by the Crymuster in the eras of peace and war. We have done without when there were no enemies along the Last Wall. When the Crusade waxed in power we warned you in your comfortable council halls that it would, in the end, come to these lands and devour our nation within its titanic maw. When the Crusaders tore their bloody gash through Maer Braech, we sounded the call to action long before you released the armory keys and tooled the foundries for war.

Even now the hour is late, but the Crymuster is undaunted. We have stood before; we will stand now. We would rather die overwhelmed at our posts than see the Crusader in our cities. But I must ask: Where are your thoughts? Do you attend to the gathered storm? We have placed our nation above our lives. Can you say likewise?