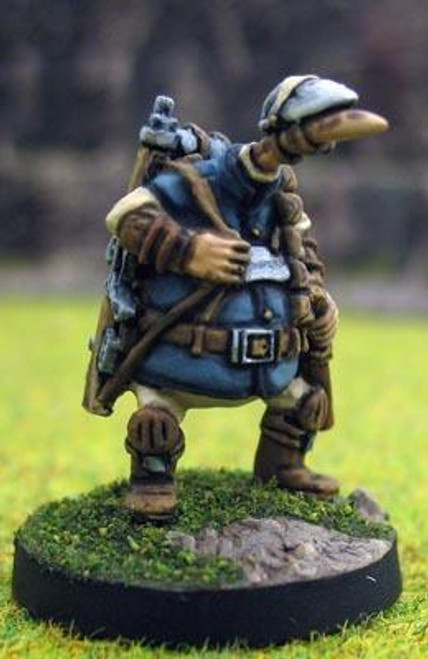 This photograph of Crymuster soldiers was taken sometime prior to the Battle of Gate 18. The soldiers are freshly equipped with the Model 65 pattern uniform and equipment, and their Harlech rifles are freshly refurbished from the arsenal. The Cryfen LMG has been refit with a new single-soldier sling and ammo bag. Based on unit markings, this squad appears to be from Company A, 1212th Freywilgh Catrawd. The Yawdryl in the photograph is recognizable as Charl Llyrthaan, a Crymuster “lifer” mentioned in dispatches on numerous occasions for heroism. Yawdryl Charl earned two Merit Citations as a result of his actions at Gate 18, and would eventually retire with Military Orders and live out the rest of his days as a country squire.

The picture captures some of the high morale of that young Catrawd at the outset of the battle. The soldiers are immaculately dressed and the equipment in a state of high polish, and their anticipation for a fight with the Crusader interlopers is palpable.