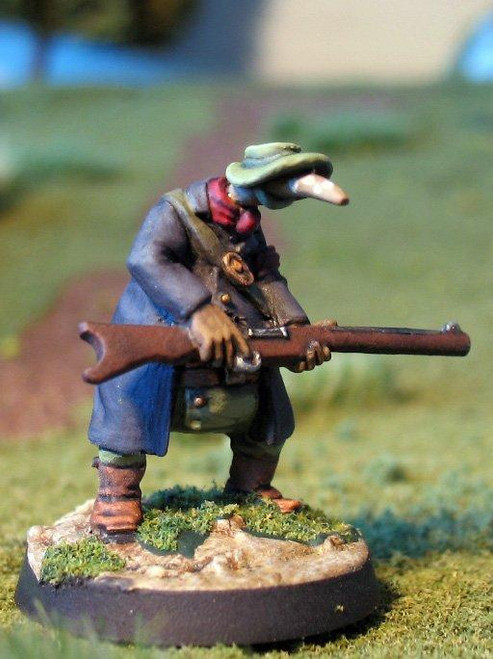 Before the thump of artillery could be heard in the nearby hills,
Tyrmus Menwyn was one of the most successful smugglers and bandits in
the county. Arrested by a military patrol as he attempted to smuggle
his last batch of liquor into town, he was given the choice of serving
in the militia as a scout, or in a penal battalion as a rhyfler.
Menwyn is a valuable scout, though he readily admits he will not share
every last bit of knowledge about the hills. After all, one day the
war will end, and Menwyn fully intends to return to his pre-war trade
- only this time he intends not to get caught