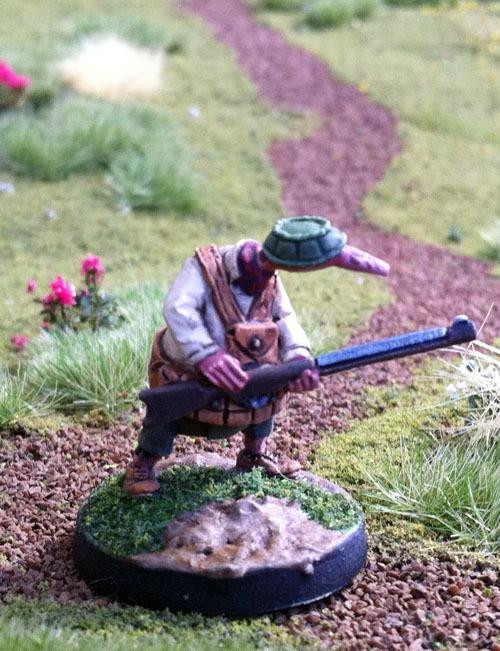 The clan Emlyn has lived in the March since before the Long War began, sending dozens of its sons off to the battlefields never to return. Arwel, however, is a coward, and has always preferred weaker prey. An able hunter and tracker, he has spent his adulthood taking game from the Sporting Preserves of the First Families and as a part-time highwayquar. Most of the quar of Guur know of his craven ways, but the poacher is a crack shot and possesses an uncanny cognizance of those who would seek to bring him to accounts. So long as the war remains at their doorstep, and so long as he leaves the kits and womenfolk be, his Traeth-mates will begrudgingly extend Arwel the same courtesy. For now.