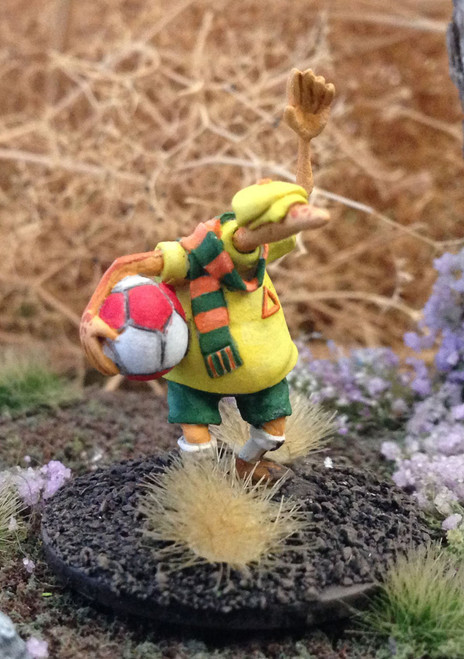 Young Bylli sat besides the pitch, his cheeks red in the blustery spring air. The 'adults' were having the inaugural scrum of the year, up to their ankles in mhudd and grass that was only just now turning green again. Bylli watched the mongers plying the crowds, offering moth brew and skewered giant weevils with pepper sauce. The whole town had turned out, all wearing the colors of their side of town; East was yellow, West, green. A few families from the middle right along the river wore the Creevish national team colors - yellow and green. Bylli wrapped his scarf tighter around his neck and cheered for an especially raucous tackle. For a few hours, at least, the adults rolling and tumbling around, chasing the gourd, would keep everyone's minds off the goings on in rest of the world and the winter that was now just finally coming to a close, it had been a long one.