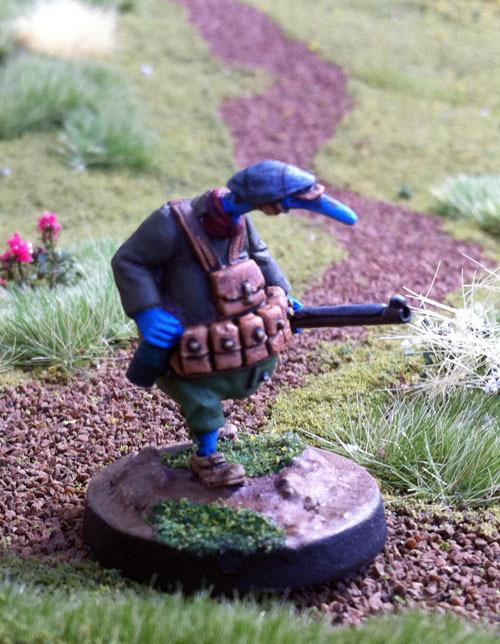 Caught up by Crusader pressgangs and compelled to wear the green, Merfyn and his litter-mate Mihangel were sent far to the south to fight Royalists. Unable to cope with what he was made to do, the otherwise kindly Merfyn sought refuge at the bottom of the bottle. Mihangel could not abide watching his brother drink himself to death, so he bribed their yawdryl – just how he will never say – to turn a blind eye while the two quar slipped away. Once home, the bottle never did loose its hold on Merfyn; nor did the corrupt NCO, who squeezes Mihangel tighter and tighter with each passing month. As militiaquar the Helfas are almost more hindrance than help, for Merfyn’s cannot bring himself to fire his rifle at anything other than his empties and would much prefer to be back at camp, cooking. Among their Traeth-mates it is said that Merfyn carries more bottles than bullets out on patrol, and indeed, it is only Merfyn’s unflagging generosity and masterly hand with pot and pan that allows their fellows to tolerate Mihangel’s rampant paranoia.