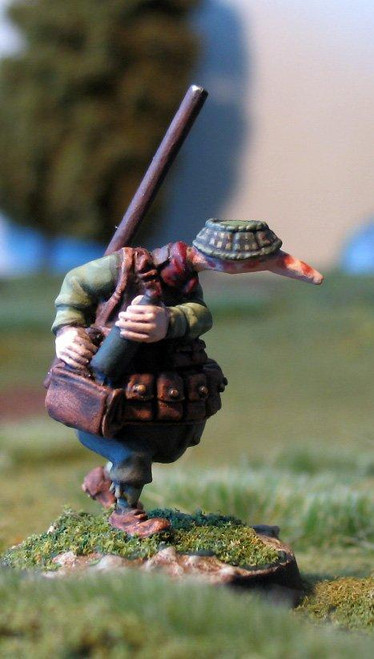 “Syrnol” Crydfen was the town’s expert on all things military. After
all, who else had so many stories about serving in the Guard Catrawds
for all those years, back in Tok before the rise of Alykinder? In the
taverns he would read the newspaper and pontificate on the
implications of every battle, describing in great detail (sometimes
drawing in beer on the bar) which maneuvers he would undertake to
flank an army or reinforce a bastion. When the militia was recruited,
he stood for officer and was voted in with great acclaim. But deep in
his heart he is terrified that someone will discover that his entire
service record is a sham.