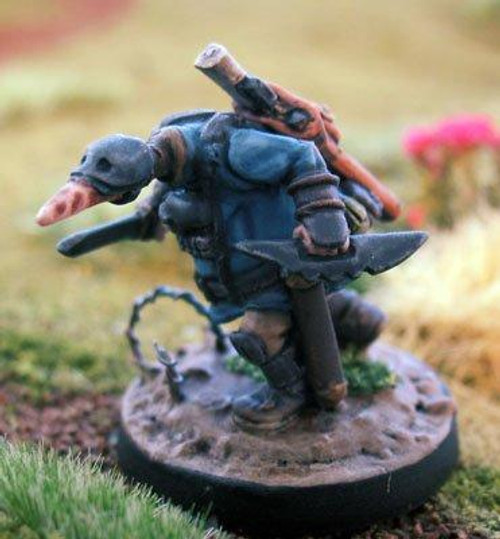 From the Citation of Merit for Yawdryl Asren Freen: On 28 Hynafaed, elements of the Catrawd RS were deployed opposite Crusaders intent on violating the sovereign territory of Coftyr. Under cover of darkness a detachment of chosen volunteers under Yawdryl Asren Freen infiltrated a fortified Crusader position, swiftly neutralizing lookouts and penetrating as far as the coordination bunker. Exercising considerable initiative and at considerable personal danger, Yawdryl Asren seized prisoners and documents of high intelligence value. Upon returning to Coftyran lines, the raiding detachment was challenged by Crusader sentries and a fight at close quarters ensued. Yawdryl Asren engaged in melee with Crusader rhyflers, allowing his detachment to escape. He himself successfully disengaged and returned to Coftyran territory, despite grievous wounds received at the hands of his enemies.

Yawdryl Asren's leadership and actions are in keeping with the proudest traditions of the Coftyran Crymuster and the Catrawd RS. To his clan's escutcheon we grant the augmentations appropriate to the award of this Citation.