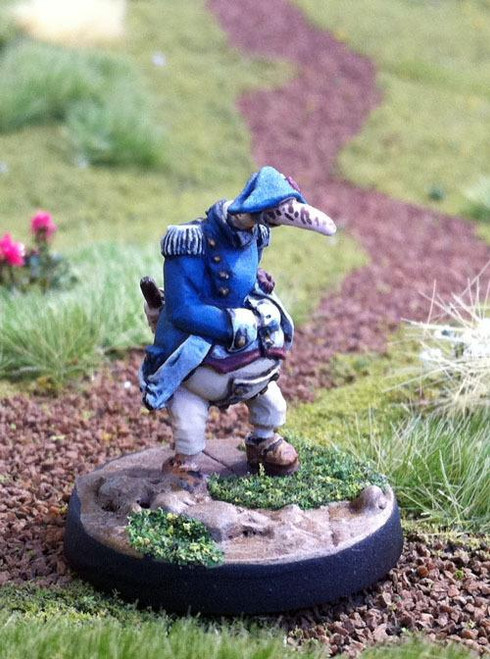 Gifted with his commission in early 1762, when the Crusade was still an eastern affair and the sons of Coftyr's First Families were still being promoted above other, more experienced quar, young is-caerten Elys mir Sus'ynn, of the 371st Air Defense Section assigned to Gate 26, proved himself nonetheless. The three guns under his command always had the best trained crews in the entire battery and highest rates of fire. It wasn't until the Crusade turned its full attentions on Gate 26 in the fall of 1770 that mir Sus'ynn, then acting Caerten of the entire battery, came to the attention of the Royal Family. If all the brevet Caerten had done was reposition the battery into a new formation of his own design - later adopted across the Wall as Pattern 26 - his promotion would already have been assured. During the subsequent Crusader assault the newly deployed guns were able to blunt the aerial assault so effectively that the entire initiative crumbled.  This success was not without sacrifice – brevet Caerten Sus’ynn and his quar suffered under severe counterbattery fire from Crusader artillery, resulting in the loss of almost all of their guns. With only one gun left in service and few able-bodied quar to fire it, mir Sus’ynn organized a makeshift crew. They kept the gun firing until a defective shell exploded in the overheated breech, killing everyone except Elys. His right hand was mangled beyond repair, though in deference to his royal blood the field surgeons decided not to amputate.

After six months of rehabilitation far from the front lines, many assumed that Sus’ynn’s active military career was over; that he would take his official promotion to Syrnol, and the lifelong pension that came with it, and retire back to the clan cadier ranches. Elys instead demanded a return to the front, much to the consternation of the General Headquarters staff. At length the royal family of Coftyr, Prince Ellynor foremost among them, noticed the particularly efficient defense of Gate 26, and insisted on an audience with the architect responsible for that effort. After a single meeting the Prince ordered that Syrnol mir Sus’ynn be attached to the newly formed RCEF, in command of the 32nd Signals Detachment. The newly minted Syrnol could often be found in the Prince's headquarters, poring over maps, or at some high vantage point watching maneuvers, his maimed hand perpetually hidden within the front pleats of his coat.