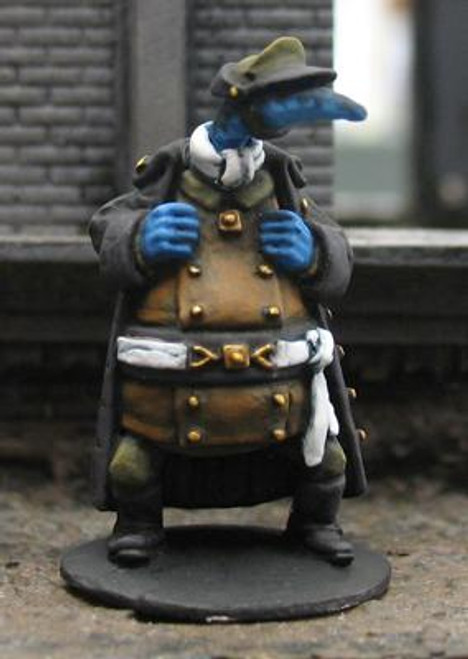 One of the most respected officers of the Old Tokish Army is Syrnol Medwig Chot of the Corps of Engineers. Though now most famous for recognizing the potential of the young Alykinder, Chot acquired numerous additional honors and merits on his own. He enlisted as a Rhyfler, but chose to transfer into the Corps of Engineers upon making Milwer. He demonstrated level-headedness and considerable courage under fire, and economy and efficiency in his operations in peacetime. Eventually he was chosen to command the Engineering School at Fort Till. Assigned to the 111th Engineering Battalion in Holn just before the war with Lower Barro, Chot oversaw the destruction of the Holn Railroad Bridge, which bought enough time for the evacuating Border Army to regroup and launch a counteroffensive. When the Tokish GHQ collapsed after the Battle of Muddy Fields, it was Chot who stepped up to take command of the survivors, leading them in the heroic defense on the banks of Goana Creek.

Syrnol Chot is pictured here as he appeared during the Siege of Holn. He seldom went armed into the field, believing that senior officers of the Engineering Corps served most honorably off the firing line.