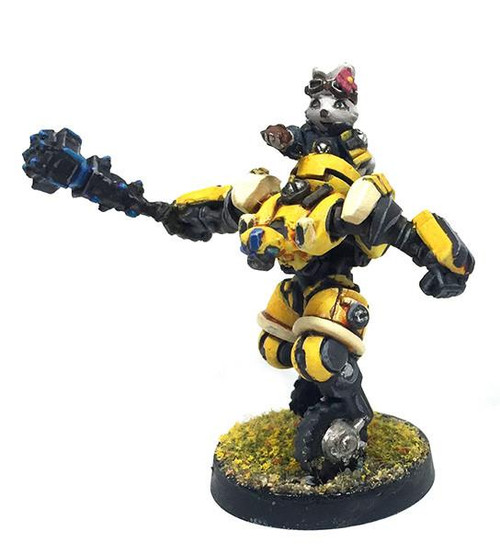 Hailing from an outlying colony of the Tsukan Emperiat, Hina grew up fully surrounded by the manifest destiny her people hold close to heart, even more so driven by the loss of their homeland during the Calamity War. Entering the Rangers at a young age, her expertise as a mech pilot has earned her promotion to an independent status. Favoring combat over information gathering, her custom mech Alphonse has been converted so many times it’s barely recognizable from its origins as a Hurricane Bike. Her violent temperament makes its way off the battlefield too, usually taking itself out on mercenaries contracted by Tsuka, but wise commanders make sure to keep her occupied and away from base camps as much as possible. Despite those conflicts, she is seen in especially high regard by colonies deep in the territory other powers claim as one of their own fighting for the prosperity and survival of her race and culture.