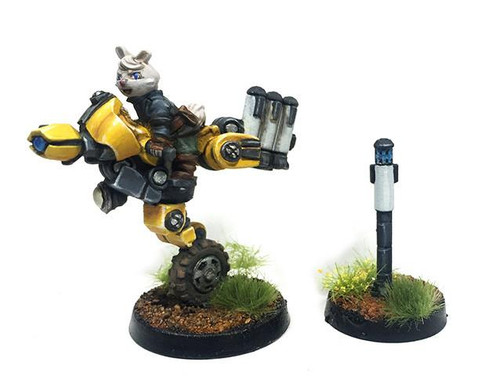 Horo comes hails from Thunder Mountain colony, an island close to Moon’s former location and a military outpost hundreds of years old.  Less burlish and ill tempered than her countrymen from the outlying colonies, Horo sees herself as a moral and principled compass for army groups she leads.  Her mech is capable of firing Light Arcs high into the air arcing them deep into the enemy lines, where they unleash the wrath of the clouds.  These Light Arcs, along with her mech, can further boost the power and accuracy of her fellow warriors to devastating effect in the fight to expand their territories.