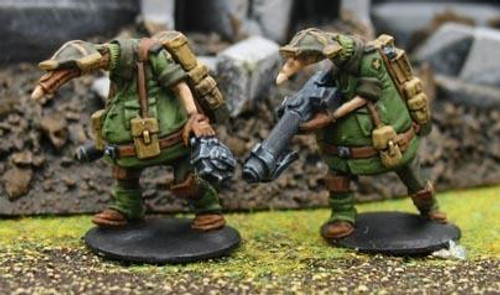 While holding the western flank of the 771st in the Iniri Trench System, Line 224, Year 5 of the Crusade, Ryfs. Norgen and Sorto were killed as G and D Companies were overrun and wiped out. Norgen and Sorto’s gun position was singly responsible for allowing the rest of the 771st Catrawd to fall back to Trench Line 223. They managed to dispatch 43 of the enemy before succumbing to hostile fire themselves. Several of the attackers were killed in close combat as Ryf. Sorto was forced to defend the position with his knife and empty rifle while Ryf. Norgen maintained heavy covering fire with his H-11a light machine-gun for their retreating brethren. They were both awarded the Assault Cluster with the Red Tear (indicating posthumously.)