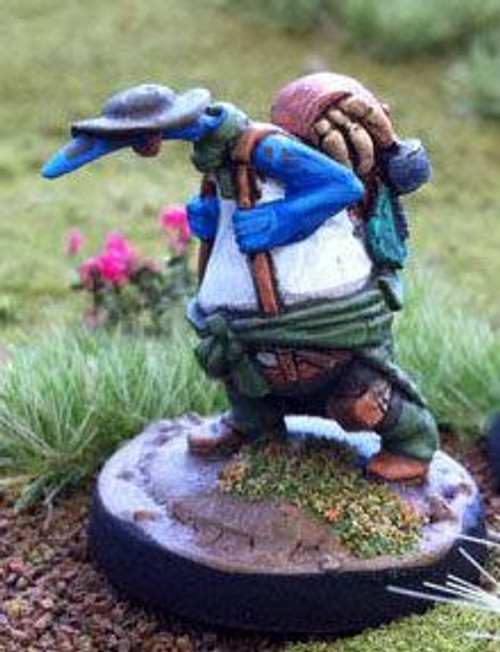 From the earliest days Aed’yn Hywl could remember, he wanted nothing more than to join the Great Crusade and rid his homeland of all landlords and Royalist carpetbaggers. He was first in line to greet the liberators as they marched through his home town, and first in line at the recruitment tent the next day. His disappointment, then, at being designated ‘5-G’ – unfit for active service – was devastating. There was no glory anywhere to be found in having flat feet.

That was two years ago, though, and two years in wartime changes things. The Crusade started to feel the pinch of fighting across multiple fronts, and quar who might not have passed muster the first time around suddenly found themselves under renewed scrutiny by the draft boards and pressgangs. Aed’yn finally received his lifelong wish – involvement in the Crusade - in early 1772, but not nearly in the capacity that he had dreamed. Instead of a Bogen and a steel helmet, they gave him a wooden spoon and steel cookpot and made him junior company cook to the local regiment. To make matters worse, they sent him along with the 41st far to the south, to fight Royalist insurgents lurking in the jungles of the Inischol Islands. Aed’yn found his blood far too thick for the climate there, and spent much of his day officially out of uniform, shirtless and dreaming of the day he might actually get to fight.