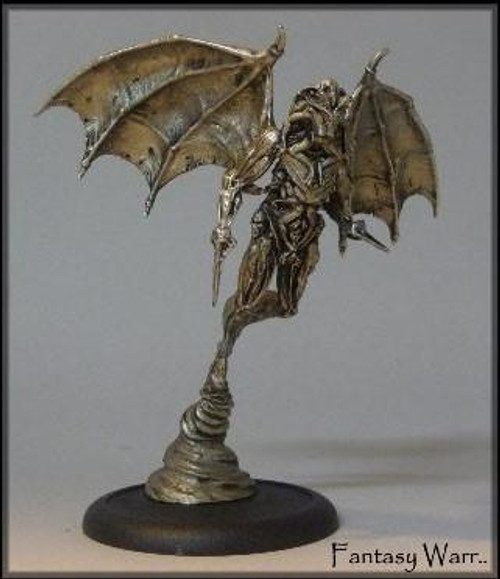 Multipart 28mm Scaled figure. (60mm from heel to head and 90mm from base to Wing Spike.)

Few who witness the Hadekine will live to tell the tale. Described as "Soul Destroyers" in the common tongue, they stalk across the world, drawn by the promise of fresh souls, appearing in the midst of conflict as terrible winged figures. Those who engage such demons will find themselves surrounded by a multitude of horrors- the essence of the past victims now joining the fray in service of their dark master. Driven by an eternal hunger, Hadekine pierce their opponents with beak-like extremities, seeking to draw living souls through breached armor and torn flesh alike.

(Thanks to Doug Redpath who helped with naming and text.)