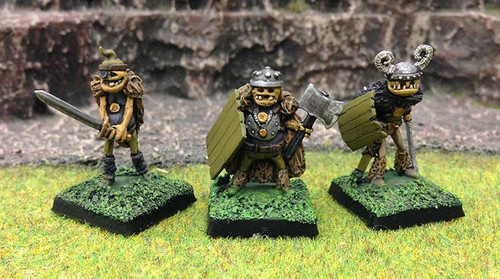 Screaming and leaping may be loads of fun, but after most Vidaar spend time in a few battles, they get around to realizing that maybe a shield isn’t such a bad idea after all. In keeping with the unspoken Vidaar motto of bigger is better, the Lunghshyld make the biggest, thickest shields possible. It makes screaming and leaping a tad difficult, but when it comes to defense, only a ylark can hope to break through a Lunghshyld brick on the first try.