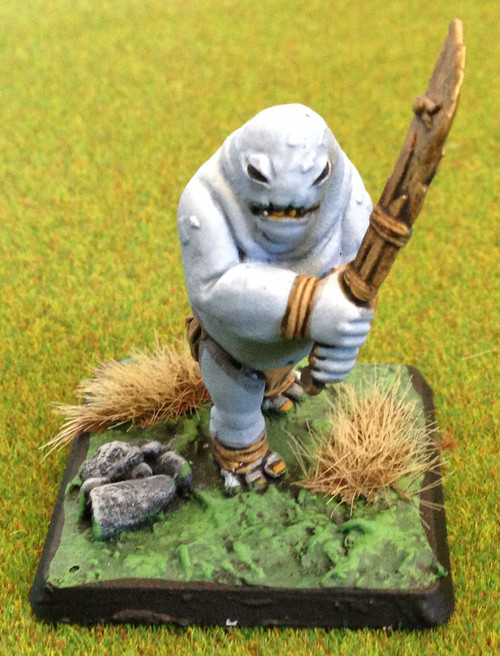 The Vidaar employ a fierce species of maritime troll they have named the Nhilde. Compared to the hulking Marhn trolls of the glaciers and snowfields of the far poles, the Nhilde are like kittens. Mountain trolls, as every granmammer tells her buckies and does, are twice as big and twice as strong as their island cousins, evolved to fight wild ylark and the since-extirpated hill giants and flightless firebellies that used to roam the taiga. After the War of Purging, when the Kuld themselves were thought exterminated, the leaders of the Kuld - such as they are - realized that they needed more than sheer numbers to fight the Sentian shieldwalls. No one can fathom quite how, but when the not-nearly-as-dead-as-previously-thought Kuld reappeared at the polar gates, they brought the Marhn with them, and the results were gorily spectacular. Few Shuda had ever eaten so well, or for so long. Such was the benefit the trolls brought that the Sentians were pushed further back than even the worst days of the First War, and have proven unable to recover from these losses. Some may argue that the involvement of the Jaarl to the east may be to blame, but the sheer power of the Marhn cannot be discounted.