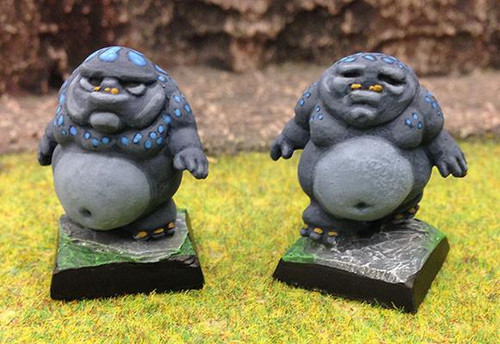 Kuld mature into full-sized eating machines in a remarkably short time and yet can live lives many times longer than even the oldest Sentian. Goola is one such Kuld. An ancient Shuda by any reckoning, his countenance is marred and pitted by countless regurgitations, both on the battlefield and off. He has been splattered and splashed so many times, as much by his own leavings as those of the other Shuda who surround him almost constantly, that his hide is stone-hard and nearly impervious to regular weapons. Spears bounce off his back; swords dull on his bony skull and savage paws. Worse for the would-be hero that would finally slay the legendary Kuld, the unending attacks only serve to make him hungry...