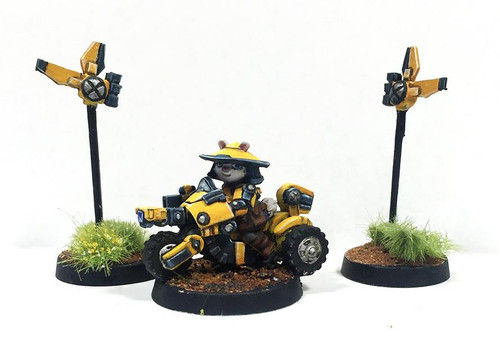 “Doesn’t everyone else see speckled dots wobbling around like...all the time?”

Eren may be a bit less rambunctious than his fellow Light Bursters, but that still leaves him a far cry from many commanders in the army of the Tsukan Empiriat.  He perhaps spends as much time insulting and trying to trip up the enemy on the field as he does actually trying to subdue them.  Still, his annoyance has found use and often holds his targets down long enough for his Bit Drones to close in on them and take them out of the fight.