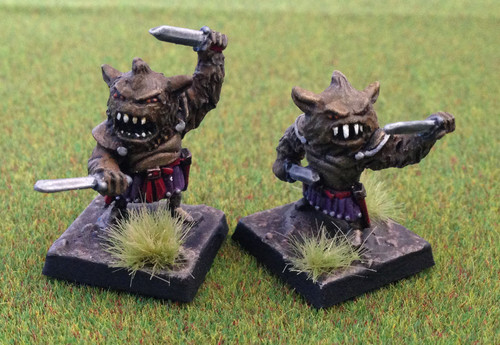 Once a young Jaarl has served his time among the Roccio, his family will perform the ancient ceremony of evaluation. The soldier's accomplishments and shortcomings are weighed closely against the family honor, and if he is deemed worthy, they will present to him the Corduu, the Second Sword. Just as a soldier must learn discipline and obedience in the shieldwall as a Roccio, so too must he learn the importance of independence and righteous aggression as a free-wheeling Valani. Given with the stern admonition never to disgrace his father's swords, the Corduu is a badge of great honor among the Jaarl, but also a heavy burden. First the warrior must learn a wholly different style of fighting - gone is the shield, the constant reassuring press of his mates in the wall, the rigid discipline of it all. Instead he now must fight almost as the broke-backs do, wild and without thought to danger or injury. This lack of control is anathema to the Jaarl spirit, yet must be mastered for the youth to progress further.