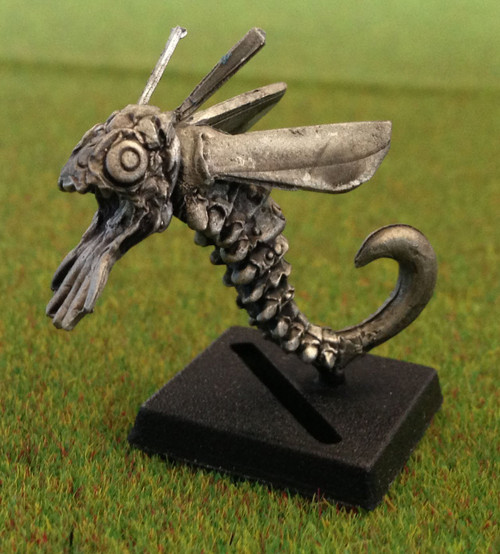 When the first Jaarl ships arrived ten years after the Great Catastrophe, so swift was their destruction of all Sentian resistance that the grim contents of one blackened ship were never unloaded. So is the official account, though there are some that would argue that even the Jaarl themselves were disturbed by that grisly cargo. It was not until after the Sentians united and nearly evicted them from Sentia entirely that the Rettori and their Popio consulted and decided that no other choice remained. The blackened ship was emptied, its holds turned loose upon the shores of a desolate, rocky island many miles from shore. The eggs were old and thoroughly desiccated, and some of the Jaarl leaders began to despair that their final weapon had died during its long hibernation, but in fact the cold weather was merely taking longer to revivify the roe. It was a few scant months after the reprieve of Orvas' Folly that the first eggs were hatched, and as the unfortunate tenders quickly discovered, their years of torpor had not abated their vigor or bloodlust a whit. Since then, truly desperate Commandi will sometimes send word that they require a brood of the ancient insects, the Black Terror, the Ilk of Murmadon.