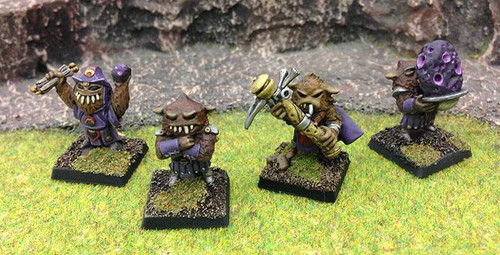 A Vidaar dowodik will stand before his retinue of cretins and cripples and wish he were mired in battle, hacking and slashing, but always reacting to the battle, never planning it. An Elvorix general surrounds himself with ostentatious fops and sycophants, to draw attention away from himself, and give him someone to lay blame upon when things invariably go wrong. Not so a Jaarl Rettori. In all of Sentia, there are only two generals - The Master of the North and the Master of the South (they kind of meet in the middle and argue over who handles the western fronts). They are chosen from the ranks of the Commandi by one simple criteria - years of service. Among the Jaarl, cowards and the weak are not tolerated; a soldier that has survived longer than all of his peers is surely the best around. The Rettori and his staff do not just monitor the battle from some hilltop and adjust accordingly - no, they plan every step of the conflict, from opening skirmishes to the killing blow, and they are very, very good at what they do.

Popio
The Jaarl Popio - war priest - is a curious figure. Like all Jaarl, he disavows the existence of the gods, and shuns their magics as shenanigans to prey on the weak-minded. His attendant carries a large black stone, a fragment of Murmadon itself, and it is around this pitted chunk of igneous rock that their faith, such as it is, revolves. The Popio will tell you that the stone is a grim reminder of what they have lost and what they fight for - their home - and that is what lends their warriors strength and the fortitude of will to maintain discipline and formation even at the worst of times. In reality, the mere touch of that stone is enough to send a sensitive Elvorix priest or Vidaar uldvlag into a frothing, foaming convulsion, it is so steeped in magical power. Every remaining piece of that accursed mountain is similarly imbued, and as more fragments are gathered at the site of larger and larger battles, the wider spread and more pronounced their effect upon the Jaarl there assembled.