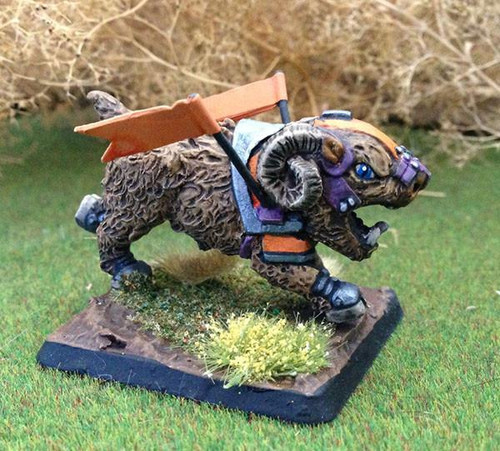 Beast of burden. Giant holy sacrifice. Flaming living weapon. Producer of myriad tasty - and not so much - cheeses. Is there anything the Ylark can't do?
For centuries, the Ylark's biggest claim to fame was that it was too big for the puny weapons of the moss-eating Sentians to hurt it. This seeming invulnerability - coupled with the beast's penchant for angrily stomping anybody that dared get too close - eventually grew into a sort of sacredness, which in turn opened the poor animal up to becoming a flaming sacrifice to the glory of Agaptus. Wow, fate is cruel.